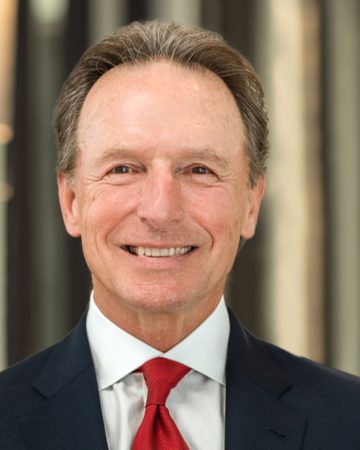 Chuck has extensive national jury trial experience defending major corporations in both personal injury and commercial related fields. He is rated "AV" by the Martindale-Hubbell Law Directory. In the medical area, Chuck has successfully defended lawsuits, both individual and class action, involving a variety of implants, medical devices and pharmaceuticals. A significant portion of Chuck's trial practice has been in defense of medical malpractice claims against doctors and hospitals. In the commercial area, Chuck has handled cases involving UCC sales, insurance contracts, trademark counterfeiting, environmental pollution, construction, fraud proceedings, employment disputes, as well as private and public contract issues.

Chuck is product liability defense counsel for a number of manufacturers specializing in medical devices, and has been honored to have held a position since 1989 as panel counsel for Medmarc Insurance Group, the largest insurer of medical device manufacturers in the U.S. In 2006, Chuck was named Medmarc's Attorney of the Year in recognition of superior legal representation of Medmarc member companies as evaluated by Medmarc's management, claim staff, and clients.

Chuck was appointed to the 2010 faculty of the esteemed Trial Academy of the International Association of Defense Counsel (IADC), the preeminent trial advocacy training program for defense lawyers seeking to improve trial skills and techniques. The Trial Academy provides a week of faculty demonstrations by lawyers recognized as the best civil defense litigators in the country. Chuck was honored to serve on the IADC Trial Academy faculty for 2010.

Chuck is a member of The Florida Bar, State Bar of Michigan, U.S. District Courts for the Eastern and Western Districts of Michigan, the U.S. District Courts for the Northern, Middle and Southern Districts of Florida, and the U.S. Court of Appeals, Sixth and Eleventh Circuits. He is also a member of the Defense Research Institute, and the International Association of Defense Counsel. Chuck serves as Past President and Emeritus Director of the Florida Easter Seal Society, and also served on the Executive Committee of the Tampa Downtown Partnership.

On a personal note, Chuck and his wife Georgia enjoy being grandparents to their six grandchildren and their summer home in northern Michigan. An avid golfer, Chuck is a member of Tampa Palms Golf and Country Club, Crystal Mountain (Michigan), and Old Head Golf Links in Kinsale, Ireland. Chuck also serves as co-chairman of the Great Lakes Golf Academy, a charitable organization seeking to provide talented young golfers access to professional instruction and necessary exposure in order to receive college opportunities and scholarships.